There is a general misconception about where and when Reflexology was developed and practised.

It is known that some form of foot and hand massage was practised by a number of cultures in  Arabia,  Australia, Egypt, Japan, East India, North America, Grecian countries and in certain African communities.

In the literature of the historical development of reflexology, various physiologists and neurologists from Germany, United Kingdom  and Russia contributed from 1582, to reflex research, the impact of foot massage and nerve stimulation for healing.

The Historical development of Reflexology 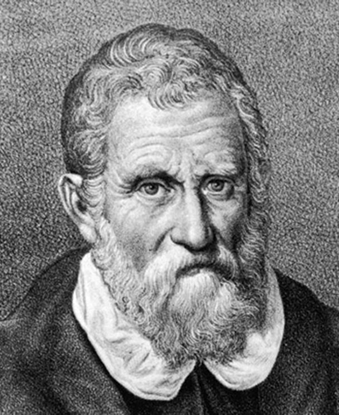 It is believed that Marco Polo translated a Chinese massage book into Italian in the 1300s, thus introducing reflexology and massage to Europe. 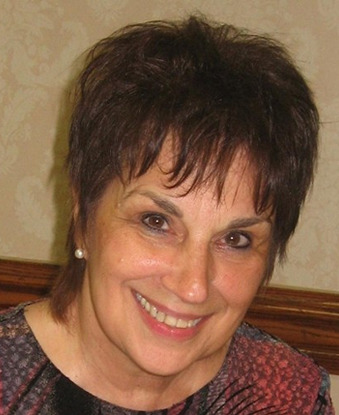 Christine Issel  in her book Reflexology: Art, Science & History  wrote about the Modern history of reflexology from about 1850 – 1962:   “As much as the European has contributed to reflex research it was in the United States that the techniques of reflex therapy were eventually formulated into what is commonly termed reflexology.” 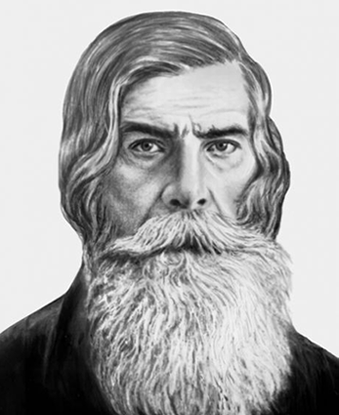 Dr Vladimir Bekhterev a Russian medic, psychiatrist, neurologist, physiologist. His study of the reflexes originated from a psychological perspective. He was the first to use the term ‘reflexology’.

His book published in 1907, Objective Psychology, was translated in 1932 into English under the title of General Principles of Human Reflexology.

In his book he defined reflexology: “Reflexology, which is a new doctrine, is the science of human personality studied from the strictly objective, bio-social standpoint.” 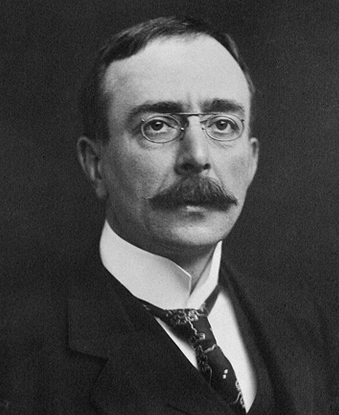 An English neurophysiologist, histologist, bacteriologist, and a pathologist  did extensive research into neurons and nerve function.

In his book The Integrative Action of the Nervous System, published in 1906, Sherrington demonstrated how the nerves co-ordinate and dominate the functions of the body showing the process in which the brain, spinal cord and numerous reflex pathways control the activities of the body.

In 1932, Sir Sherrington received the Nobel Prize for his work on neurons, specifically “proprioceptive action”.  He shared the Nobel Prize with an English doctor, Edgar Adrian whose research had shown that the intensity of nerve stimulation was due to the size of the nerve, and not to the amount of pressure applied.  This also had an impact on the development of modern reflexology techniques.

The development and practice of reflexology in the 20th Century is a result of the studies in the United States on zone therapy, the application of pressure applied to specific points on the body such as the feet, hands and face to relieve pain and improve function in other parts of the body. 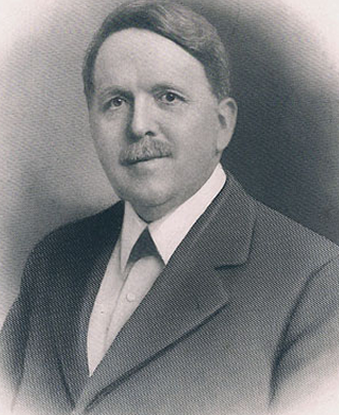 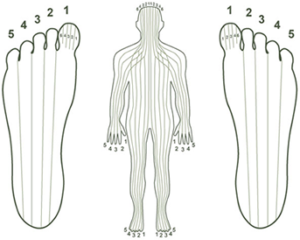 Dr William H. Fitzgerald, also known as the father of reflexology, practised as a physician and otolaryngologist [ear, nose, and throat surgeon] at the Boston City Hospital and as a laryngologist and head of the ENT Department at St. Francis ENT Hospital in Hartford, Connecticut.

Pressure Therapy
In 1902 Fritzgerald was drawn to pressure therapy when he discovered that pressure, applied to certain points on the body, could relieve pain and improve function in other parts of the body.

He applied pressure to the toes and fingers of his patients and realised that this produced considerable analgesia and relieved headaches, earaches, tummy aches etc. 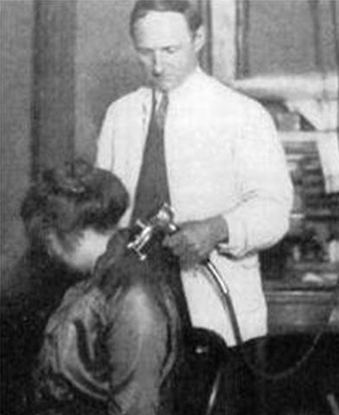 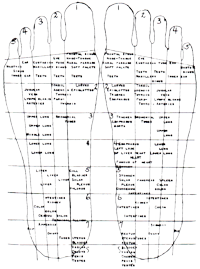 Dr Joe Shelby-Riley ran the Riley School of Chiropractic in Washington DC.  When Dr Fitzgerald and his colleagues came to lecture to Dr Riley’s students, he became interested in the subject of Zone Therapy. He and his wife, Elizabeth Ann became students of Dr Fitzgerald.

Reflexes/Pressure Points/Hook technique
Dr Riley also included the hands and ears in his work with reflexes and zones and added eight horizontal divisions to the zones of the feet and hands.

He made the first detailed drawings of reflexes or pressure points on the feet and hands, that suggested the shape of a human body.

Dr Riley used electrical tools but later he developed a manual hooking technique to apply pressure on patients. He and his wife Elizabeth Ann lectured Zone Therapy and the Hook technique on patients in many large cities of the United States.